Kathmandu:  Prime Minister KP Sharma Oli has said that Nepal is one of the most flexible countries when it comes to economic policy and welcoming foreign investment. All sectors, barring a narrow box of sensitive areas, are open for foreign investment and we allow 100 percent investment in almost all areas.

In a keynote address to the Nepal Investment Summit 2019 that began here today, Prime Minister Oli said Nepal offers an attractive incentive package in terms of corporate taxation, import duties, and export facilitation. Tax rates are predictable and tax holidays are guaranteed by the law for those industries that meet the established criteria. "We have huge demographic dividend with about 57 per cent of population representing the working age group. The labour cost is competitive and low, and there is a good pool of English speaking population especially amongst the youngsters", he said.
Stating that Nepal has developed policies and programmes to enable its youth to be imbued with multi-skills, he said qualified and skilled human resources available at reasonable cost locally will make investment less costly. "We have maintained sound macroeconomic indicators and hence, investing in Nepal is risk free".
Furthermore, an independent judiciary, capable of adjudicating industrial and investment related disputes on a fast-track basis, has been a mainstay of our legal system. "It is not only political stability that Nepal is now ensured with, but also with policy consistency. Legal, institutional and procedural reforms that were long overdue have gained speed under my leadership".

The Prime Minister also shared to the delegates of the Summit that in the past few months, Nepal has made substantial progress in improving investment climate in the country with a sound regulatory framework based on two key legislations: Foreign Investment and Technology Transfer Act; and Public-Private Partnership and Investment Act.

The Public Private Partnership and Investment Act provides one stop service for any foreign investment of over Rupees 6.00 billion or a hydropower project over 200 MW capacity. The new Foreign Investment and Technology Transfer Act, 2019, ensures national treatment for any foreign investment. An automatic route system has been introduced to keep the foreign direct investment related processes simple and predictable, and repatriation is guaranteed on the earning or equity.
Nepal has also recently implemented a universal, contribution-based social security scheme that will have a transformative impact on the country’s socio-economic landscape. The scheme, which covers medicare facilities, safe motherhood, accidental and old-age security of workers, does not only buttress the foundation of a welfare society but also ensure better and healthier industrial relation and hence, contribute meaningfully to conducive environment for investors.
Statutory provisions pertaining to land acquisition, company registration, environmental assessment and infrastructure development have been relaxed and simplified, the Prime Minister said while noting that strengthening institutions, building capacity, streamlining and simplifying the processes and procedures have also been the hallmarks of the current reform initiatives. "We have already started online registration and payment system, which will soon be upgraded to full automation system".

Prime Minister Oli said Nepal will actively pursue bilateral investment protection agreement with friendly countries that will further ensure protection for foreign investment. We will also pursue negotiations on avoidance of double taxation with interested countries to provide further incentives. The next reform cycle would involve policies and comprehensive legislation in the field of intellectual property rights commensurate with our rights and obligation under various multilateral instruments.
"We are mindful that investment requires transparent and responsive governance and rule of law. With elected representatives in all levels of our federal set up, governance attributes are improving. There is already a healthy competition among the provinces and local governments on incentivizing investment and getting more of it. I have said time and again that under my leadership, there is absolutely zero tolerance on corruption".
The past one-year has remained as the base year and the year of policy and legal reform. We drafted many new laws translating the provisions of the new constitution into legal and institutional framework. The new frameworks have also created conducive environment for foreign direct investment, among others.
He however noted that political transformation alone cannot be enough and sustainable without economic transformation. But if we could successfully steer country’s historic political transformation, there is no reason why we cannot do the same in economic realm.
Stating that Nepal's immediate goal is to graduate from Least Developed Country status and the medium term goal is to become a middle-income country and achieve Sustainable Development Goals by 2030, the Prime Minister said to realize this, Nepal needs to attain a double-digit growth over the next years. A tentative estimation by the National Planning Commission is that the country would require an investment of about 88.18 billion US dollars over the next five years.
The Prime Minister said that Nepal's economic policy and its orientation is explicitly spelled out in the Constitution which is premised on the realization that growth and prosperity is possible only through partnership between and development of public, private and cooperative sectors. "We are committed to promote free and fair competition among private sector stakeholders. And you have already witnessed our firm stand against cartel and syndicate".
Sharing to the investors that almost round the clock electricity supply has been guaranteed for industries and the country would soon witness power surplus, the Prime Minister said road connections within the country and cross-border connectivity have improved substantially. Furthermore, Nepal’s strategic location between the world's two largest markets with increasing purchasing power, China and India, serves as a compelling incentive for investment.
Stating that Nepal enjoys access to both markets on preferential terms, the Prime Minister noted that with India, Nepal has duty free arrangements for most of its products, both primary and industrial goods while China has granted a significant number of tariff lines duty free access to its market.
Beyond neighbourhood, export from Nepal is entitled to various kinds of duty free and preferential schemes put in operation by both developed and developing country's trade partners for the group of least developed countries.
He also shared that Nepal had started to utilize Vizag port in India for its trade and transit while the availability of a modern alternative port has helped reduce hassles at crowded Kolkata/Haldia port. Digital Tracking and Transshipment Systems both introduced recently has eased the transportation process and a new transit route through the use of inland waterways is under progress. This will not only provide an alternative transit route, but it will also connect landlocked Nepal to the sea through the waterways.
The Prime Minister shared that Nepal has signed Transport Transit Agreement with her northern neighbour, China, and a Protocol to the Agreement will be signed soon. This will enable Nepal also to use Chinese territory and port facilities for its international trade and transit.
Nepal's Special Economic Zones have both infrastructure and other amenities to set up industries. The Special Economic Zone Authority Act has also been revised recently to make the conditions of investment and operation of industries in the special economic zones more promising.
The Prime Minister suggested that when it comes to investment in Nepal, hydropower could be a prime choice. Our target is to generate 3000MW power in three years, 5000MW in five years and 15000MW in ten years. Agriculture, manufacturing, tourism, infrastructure, information technologies, mines and minerals to name a few are other potential areas.
Sharing that development agenda and foreign investment enjoy national consensus in Nepal as all political forces in the Parliament stand together to invite and encourage foreign investment, he expressed the confidence that the investors would return home with fond memories of Nepal and with an attractive investment package as an important take away of the Summit.
"Nepal is ready for business and investment. We welcome your investment. Feel secure and seize the moment. Your investment will be protected and your profit will be guaranteed". 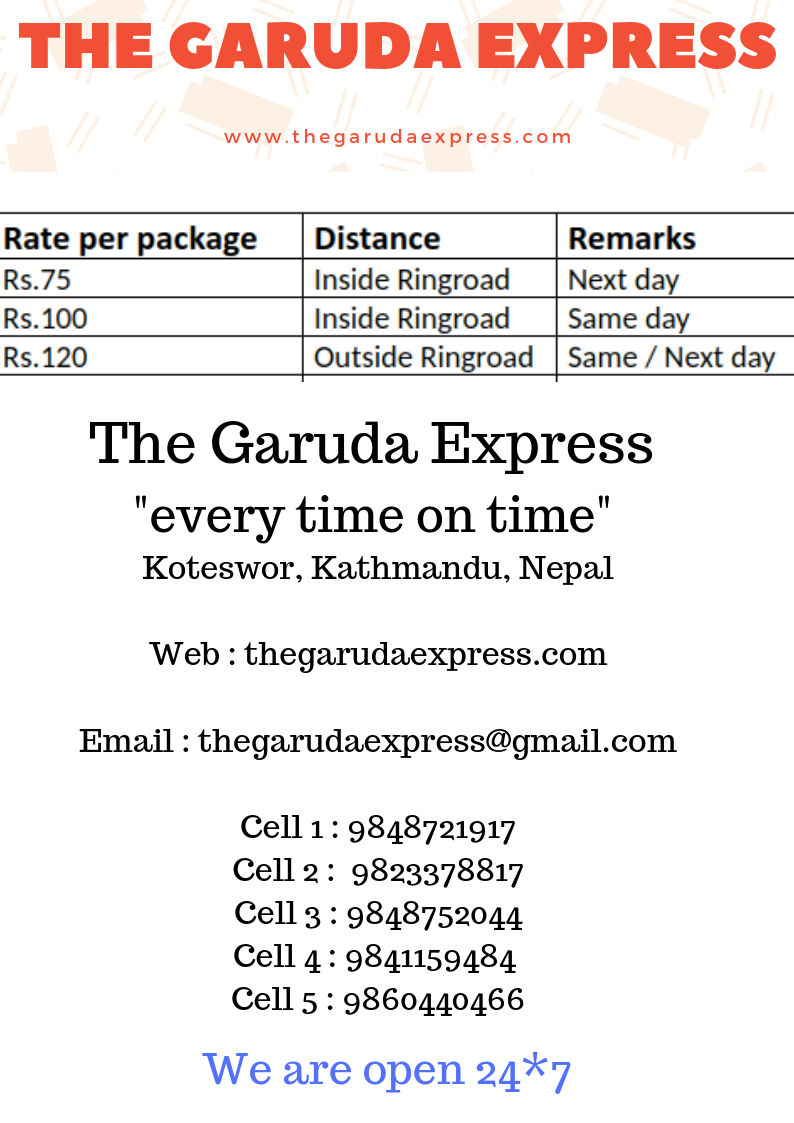